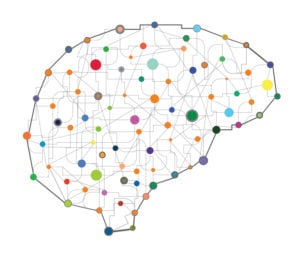 A study published by Proceedings of the National Academy of Sciences shows through brain mapping that individuals with ADHD exhibit delays in brain maturation and slower development of certain connectivity networks.  Connections between the part of the brain that controls internal-directed thought, like daydreaming, and the part of the brain that controls external directed tasks, like homework, is less developed in participants with ADHD.

According to lead researcher in the study, Chandra Sripada, M.D., Ph.D, an assistant professor and psychiatrist who holds a joint appointment in the U-M Philosophy department and is a member of the U-M Center for Computational Medicine and Bioinformatics:

“Ultimately the brain is an information processing machine and that process occurs in the connections between regions, so the real test of the maturation hypothesis ... is looking at the connectome rather than structure."

"It is particularly noteworthy that the networks we found to have lagging maturation in ADHD are linked to the very behaviors that are the symptoms of ADHD,"

"We and others are interested in understanding the neural mechanisms of ADHD in hopes that we can contribute to better diagnosis and treatment. The results of this study set the stage for the next phase of this research, which is to examine individual components of the networks that have the maturational lag."

This study further supports our theory of Functional Disconnection Syndrome, which we feel is the root of all types of learning, behavioral and social problems including ADHD. A properly functioning brain communicates between both hemispheres, as well as within each hemisphere, at lightning speed. In a poorly functioning brain, these connections are often out of sync, missing each other or passing on only partial information. This functional disconnection creates an unevenness of skills and problems relating to the hemisphere that is under performing resulting in symptoms associated with disorders like ADHD, learning disabilities, Tourette’s syndrome, OCD, sensory processing disorder and Asperger’s.

If you suspect your child has ADHD or has already been diagnosed with ADHD, contact us online or find a center near you to learn more about how the Brain Balance Program can help.

Study: Dyslexia is a Disconnection Syndrome